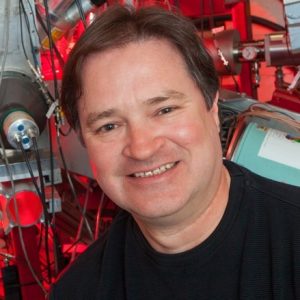 Dr. Mark Riley, a Robert O. Lawton Distinguished Professor, is the Dean of The Graduate School at the Florida State University. His responsibilities include oversight of the education of approximately 8,000 graduate and professional students. Riley earned a Bachelor of Science with Honors in physics and a doctorate in nuclear physics, both from the University of Liverpool in England. He worked as a research associate at the Niels Bohr Institute at the University of Copenhagen and then as a research associate at the Oak Ridge National Laboratory and University of Tennessee. Prior to joining the Florida State faculty as an assistant professor in 1991 he served as an Advanced Fellow at the University of Liverpool. Riley was named the Raymond K. Sheline Professor of Physics in 2001, selected for an FSU Distinguished Research Professor Award in 2008 and became a Robert O. Lawton Distinguished Professor in 2014. He has won two university teaching awards. He served the Department of Physics as chair from 2007 to 2013.

His research involves the detection of gamma-ray emission signals from excited atomic nuclei under extreme conditions. High-resolution gamma-ray detection plays an ubiquitous role in nuclear science and he has been deeply involved in the development and use of the world’s most powerful gamma-ray detector systems, such as, Gammasphere and GRETINA-GRETA. He has served on Users Executive Committees at the national laboratories of Oak Ridge, Argonne and Michigan State University. Other national level committee participation has included the Nuclear Science Advisory Committee to the DOE and NSF, and Program Advisory Committees of national laboratories at Berkeley, Argonne and iTHEMBA LABS in South Africa. He is a Fellow of the American Physical Society and is a past chair of the APS’s Publication Oversight Committee. Riley’s publication record includes ~200 research articles and he has delivered ~100 invited talks.