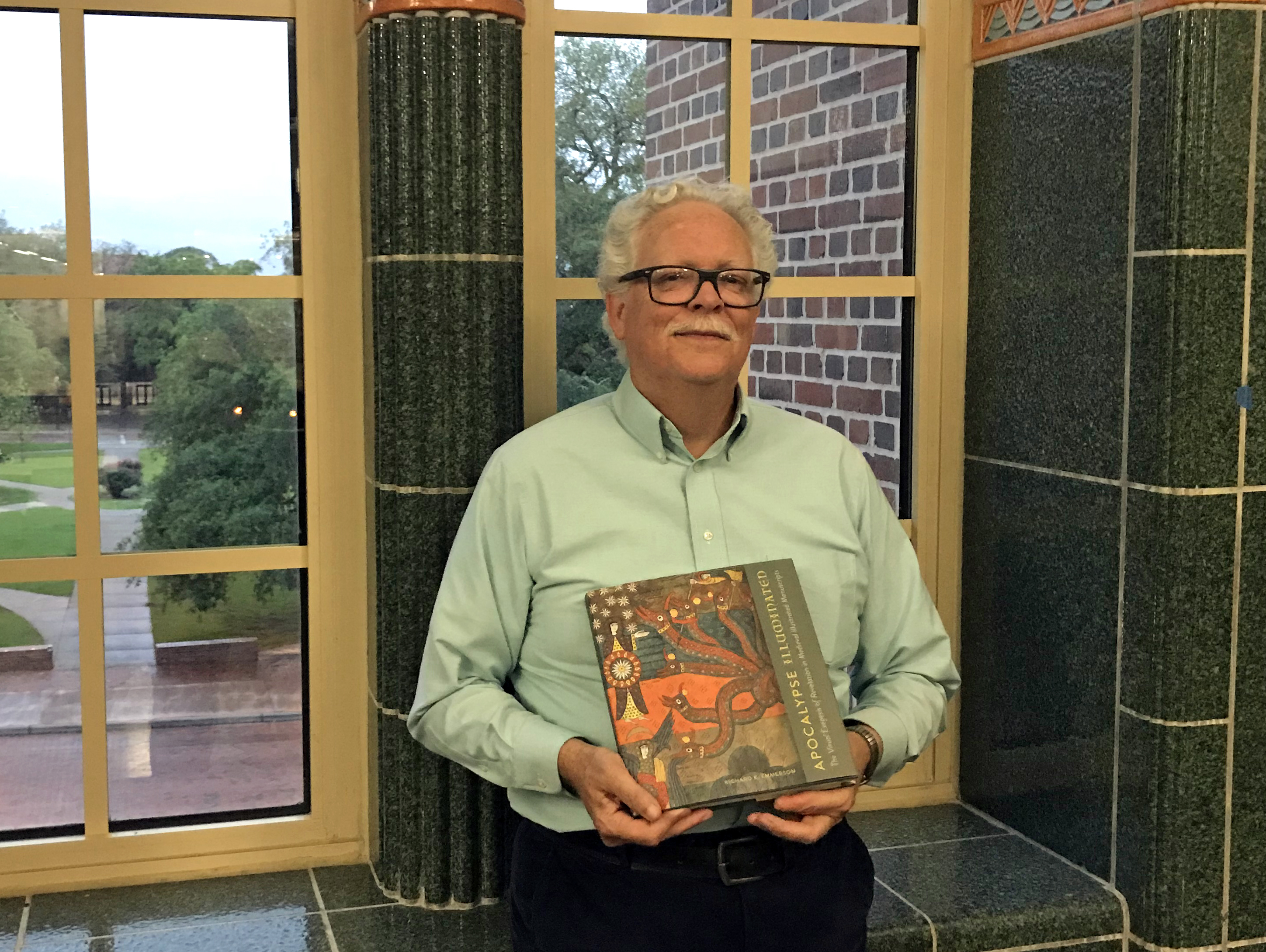 Dr. Emmerson’s research focuses on medieval apocalypticism and its representation in art, drama, and visionary poetry. He has published seven books, including Antichrist in the Middle Ages: A Study of Medieval Apocalypticism, Art, and Literature (1981), The Apocalyptic Imagination in Medieval Literature (1992, with Ronald B. Herzman), and The Apocalypse in the Middle Ages (1993, with Bernard McGinn). He has authored more than fifty articles, many studying word-image relationships in medieval illustrated manuscripts. Recent essays include “On the Threshold of the Last Days: Negotiating Image and Word in the Apocalypse of Jean de Berry,” in Exploring the Threshold of Medieval Visual Culture (2012); “Visualizing the Visionary: John in his Apocalypse,” in Looking Beyond: Visions, Dreams and Insights in Medieval Art and Thought (2010); “Framing the Apocalypse: The Performance of John’s Life in the Trinity Apocalypse,” in Visualizing Medieval Performance (2008); “Visualizing the Vernacular: Middle English in Early Fourteenth-Century Bilingual and Trilingual Manuscript Illustrations,” in Studies in Manuscript Illumination: A Tribute to Lucy Freeman Sandler (2008); “A ‘Large Order of the Whole’: Intertextuality and Interpictoriality in the Hours of Isabella Stuart,” Studies in Iconography (2007); and “The Representation of Antichrist in Hildegard of Bingen’s Scivias: Image, Word, Commentary, and Visionary Experience,” Gesta (2002).